The French have some great expressions that help me understand Romania, such as “Why keep it simple when you can make it complicated?” They also have the perfect one to explain the changes that have taken place since 1989: Plus ça change, plus c'est la même chose. What this means is that the more...

Has Romania changed since the revolution? 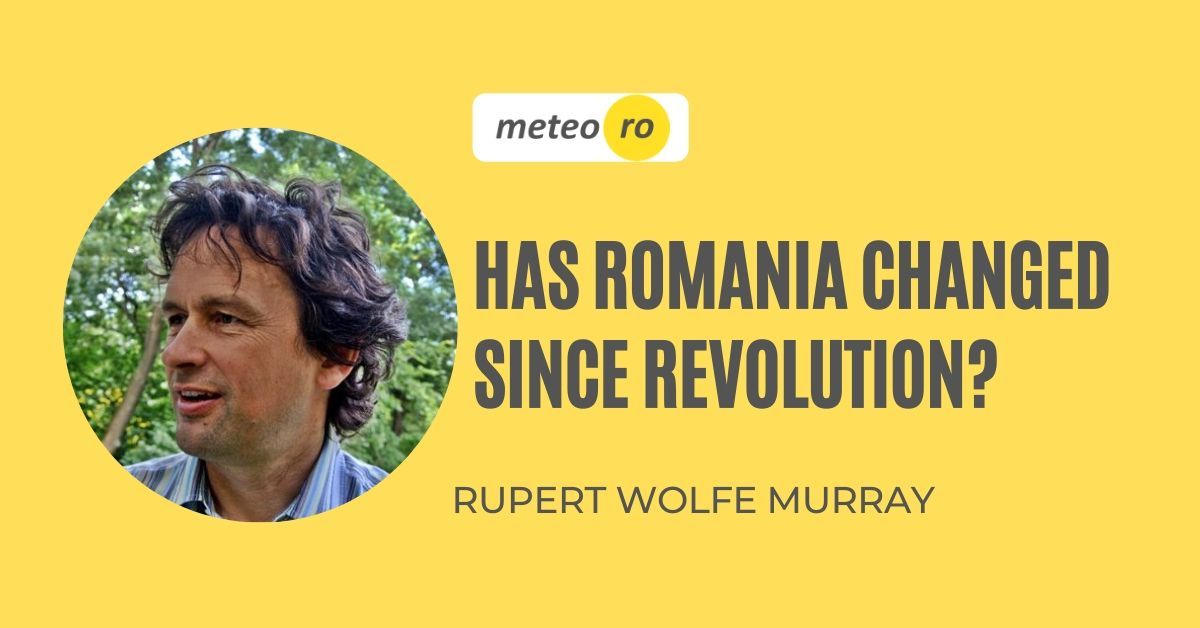 The French have some great expressions that help me understand Romania, such as “Why keep it simple when you can make it complicated?”

They also have the perfect one to explain the changes that have taken place since 1989: Plus ça change, plus c'est la même chose. What this means is that the more things change the more they stay the same. The Lawless French website say this expression “offers a pessimistic look at current events,” and I’m sure the Romanian people’s level of pessimism hasn’t changed since the revolution.

I’ve been in Romania for most of the last 30 years, most recently on an EU-funded documentary film which looks at the changes that have happened over the last 30 years. Over this time period people, both Romanian and foreign, always ask me: “how have things changed in Romania?”

My answer is more or less the same. “The pace of superficial change has been dizzying[1] ,” I say. “So many new shops, cars, clothes, phones, TVs and all the garish paraphernalia that comes with consumerism. But if you look deeper, at the attitudes and culture of the Romanians I don’t see much change.”

What I mean by this, perhaps offensive, observation is that attitudes towards life don’t seem to have changed much since I first came to work in Romania in March 1990. To illustrate this point, I would refer to the way government business is done, in the same secretive way that the Soviet’s (and the Ottoman’s) used; with very little obligation on their part to explain things clearly -- leaving them a free hand to do what they want.

Another example is the education system which seems rigid and unsuited to the modern world. In my view, the main priority of Romanian education is to turn the kids into patriots, by making them memorise ancient poetry. But it doesn’t work, proven by the fact that huge numbers of the students don’t feel proud of their country and just want to emigrate.

But it’s not all bad news. An estimated four million Romanians are working in other EU member states and if just 10% of these people were to come home, and engage in politics and education, it could be a real game changer. This is the first time in Romania’s history that so many of its citizens are working abroad and each one of them is learning new skills and modern attitudes -- and it represents a major opportunity for change. The question is, would Romania’s political parties, and bureaucratic structures, accept these people back in anything but a subservient role?

I’m reading a brilliant book about Romania that was written by a female journalist (Elisabeth Barker) who travelled around the Balkans between 1945 to 1947. It’s called “Truce in the Balkans”, was published in 1948 and has been out of print for years.

Reading this book makes me realise that things haven’t changed much since the war. Here’s how she describes Bucharest in 1947: “a maddening jumble of pseudo-oriental, pseudo-baroque, pseudo-American styles with French-type boulevards...There are plenty of shops, particularly dress-shops, shoe-shops, chemists, hairdressers and shops selling cosmetics, and plenty of slickly dressed women and men staring at the windows.”

Rupert Wolfe Murray is a freelance writer who blogs at www.wolfemurray.com